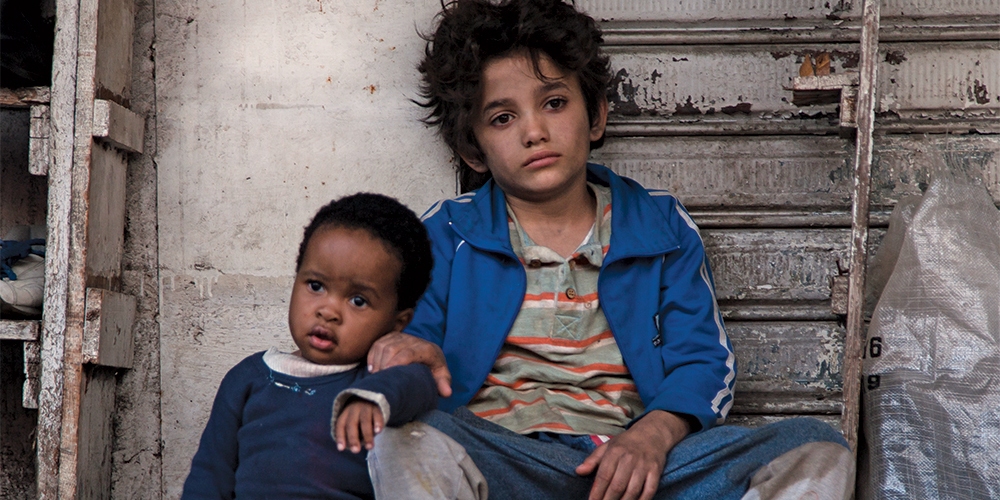 When considering the vast array of foreign language cinema released every year, it is difficult for newcomers to find and watch some of the incredible films released. It is even more difficult to see these films when they are overshadowed by those that dominate the spotlight. With Alfonso Cuaron’s Roma winning a plethora of awards, including Best Foreign Picture at the Oscars and Hirokazu Kore-eda’s Shoplifters winning the Palme d’Or, the other nominees in these categories, and those films unfortunate enough to not receive any such recognition, are buried beneath the mountains of praise bestowed upon Roma and Shoplifters.

Capernaum, a Lebanese film directed by Nadine Labaki that was nominated for both the Palme d’Or and the Best Foreign Film Oscar, deserved more attention then it got. The film itself is a powerful character study of the life of twelve-year-old slum boy Zain El Hajj (Zain Al Rafeea), in Lebanon’s capital of Beirut. The film shows parts of Zain’s life in flashback, chronicling his hardships, his eventual imprisonment and his attempt to sue his own parents for neglect. The film has a powerful message at its core, one that wants and needs to be heard.

Capernaum excels in creating a disgusting, upsetting world. The slums of Beirut feel gritty, filthy, and most importantly: lived in. This is in stark contrast to other modern films, in which people roll in the dust and come back up freshly laundered – here the grime covering the characters feels authentic. Zain is only ever truly clean a few times in the film – the breaks in between bathing are so long that Zain becomes a small ball of sweat, dirt and tears. The sound design fills the world with vibrancy and authenticity. Every moment feels as if it is really happening – even moments as innocuous as Zain and his siblings selling juice on the street are set against the backdrop of the hustle and bustle of a teaming, unwieldy metropolis. Sounds emitted by cars, passers-by, and all manner of unknown sources come together to remove all artificiality and add a diegetic layer to the film. The score is not as impressive as the film’s sound design. Mouzanar’s score is rather understated, disappointingly only coming into play in a major way a handful of times. These times, though, are some of the most emotional of the film. An emotional swelling of the score enhances the moment and brings home the vast tragedy unfolding before us. And when these moments give way to silence, the effect is striking.

Christopher Aoun’s cinematography mostly focuses on medium hand-held shots. Through this, Aoun brings the viewer right into the space of the film, lending it a documentary-like realism. And the film does feel real, almost as if the viewer is peering voyeuristically into this poor boy’s life. Long shots hold onto Zain as he explores his dilapidated environment – we see him walking along the side of the road with Yonas, or  watching the theme park’s fading Ferris Wheel with longing. The film isn’t afraid of these personal, intimate moments. The focus of the viewer is entirely centred on Zain and the emotional weight of what he has to deal with. These shots create an entrancing connection between the viewer and the visuals that builds empathy for Zain and his situation.

Al Rafeea does an incredible job, with the film centring on his personal experience, Rahil’s tangential arc and the flashbacks to the trial. Zain is the heart and soul of the film that the viewer connects to. Whenever the film takes a moment to show Zain shed a few tears, the audience’s heart hurts for this child and his struggles. The film is at its best when developing Zain’s struggle and how chaotic and hellish his life is. The best relationships in the film also revolve around Zain. The dynamic between Zain and his sister Sahar (Cedra Izam) is sweet and helps the viewer understand Zain’s motivations for running away. Zain and the baby Yonas provide an intensely understandable struggle that is both fascinating and heartbreaking to watch as Zain and Yonas fight to survive.

One of the film’s biggest drawbacks, however, is the narrative structure and second act of the film. The investment I specifically had was in Zain. When the film undercut his future actions by opening with the court case, it took the impact out of his eventual arrest because it was not only expected, but incredibly predictable as to who he was going to stab. The film also struggles whenever it isn’t following Zain, primarily in the second act which heavily follows Rahil’s character as she attempts to get herself identification papers. While this is important for the message of the film, it isn’t nearly as interesting or impactful as Zain’s later situation where he solely cares for Yonas. It is this section where Zain cares for Yonas that has the most emotional impact and connection to the film’s overarching message.

The film’s central theme is exhibited by the name of the film itself: “Chaos.” Through its heartbreaking case study, it aims to paint a portrait of a chaotic world, one marred by the unrelenting and uncaring indignities of poverty. Zain’s attempt to sue his parents for neglect serves as an allegory for the poor and underprivileged speaking against an oppressive system: “Imagine having to feed your child sugar and water, because you have nothing else to give them.” The film doesn’t vilify any specific person; rather, characters such as Zain’s parents are given a platform to explain their own situations to remind the audience that they too are capable of suffering.

It also showcases how in this situation the neglect is seemingly incomprehensible in scale: early on, one of Zain’s infant siblings is pictured with a chain around their ankle to prevent them from straying too far from their space whilst the parental figures grind drugs into fine powder. Later, while Zain cares for Yonas, he too finds the need to take a rope and tie it around Yonas’ ankle, just as his parents had done before.  This serves as a commentary on the intergenerational violence that poverty wreaks on a soicety. Those in extreme poverty neglect their children out of the pure necessity of needing money to feed themselves and said children. It’s Zain’s small chaotic life and those around him that is the synecdoche for the chaos of the entire world.

The film also strengthens this disparity with the recurring symbolism of identification papers, the physical representation of existing. Characters are often maligned for their lack of papers, symbolising their separation from the people: they are ‘undeserving’ and ‘unqualified’ for identification papers. The characters are always in limbo, unable to obtain a better or more secure life due to their lack of identification, stuck in a place where they are desperately trying to scrape together enough money to live.

An issue with the film’s central themes, however, is the conflicting nature of Zain’s lawsuit and the portrayal of Rahil and Yonas’ reunion. The film condemns Zain’s parents’ neglectful actions despite showing that there are reasons for their choices and motivations that place blame on the wider social system rather than themselves. It still portrays Zain’s parents as cruel, through their language and their contemptable actions. This is in direct juxtaposition to Rahil, another poor, immigrant mother without identification papers forced to leave her son Yonas in his basket in the toilet of her workplace as she works. She is barely able to afford food and rent, steals cake for Yonas’ first birthday, and intentionally leaves her infant with a young vagrant child. Despite this, she is seen as sympathetic and their reunion is portrayed as a happy and beautiful moment. Though the film unintentionally undercuts the impact of Zain’s parents’ actions and their narrative purpose, it actively asks the viewer to buy into the chaotic world of the film. By developing the idea of chaos by portraying a similar situation as positive, it muddles the waters as to whether it is always morally wrong to bring a child up into a world of poverty.

Capernaum showcases the pervasive injustice faced by poverty-stricken people. Labaki’s portrayal of a chaotic world is both powerful and realistic, a reflection of the lives of not just those in Beirut’s slums, but of all who live in injustice. This is a film with a powerful voice that demands to be heard, a heartfelt synecdoche for the unrelenting and unfair chaos of our world that I recommend everyone watch.

2 thoughts on “Capernaum And The Grinding Hell of Poverty”