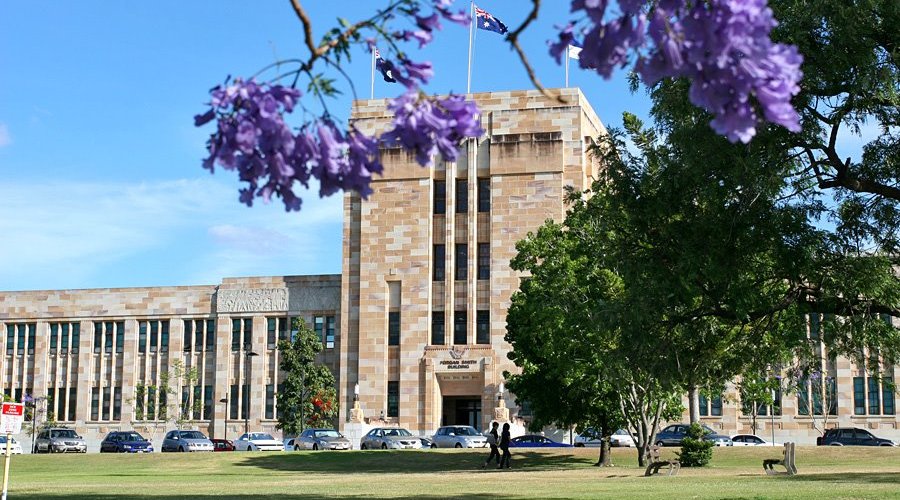 In considering the Ramsay Centre for Western Civilisation’s proposed partnership with UQ, we need to think clearly about a fundamental question: What is the purpose of the  university in the modern world? I’m going to try and put forward an answer to this question. And in so doing, I’m going to argue that the Ramsay Centre’s plan for UQ threatens to devalue everything that makes this university great. The brainchild of arch-conservatives Tony Abbott and John Howard, the Ramsay Centre may talk of upholding the great traditions and institutions of the Western world. In actuality, the Ramsay Centre threatens to undermine the very foundations of Australia’s great institutions of higher learning and the rich vein of scholarship in the humanities our universities produce year on year. If we really care about the humanities and the rigorous study of culture, we must resist the Ramsay Centre’s radical right-wing agenda and its push to politicise universities and the study of the humanities in this country.

The Role of the University in Society

What is the purpose of the university in the modern world? There is a quotation carved into the sandstone above the tower entrance to the Great Court. The quotation itself is quite brief but I think it is really profound; it gives expression to a hope I think we all share. That this university will prove itself to be: ”A place of light, of liberty and of learning.’’ The founders of this university etched these words in stone, giving them solid form. Giving this great hope physical expression. These words were meant to weather the trials and tribulations of the years. They were meant to endure.

How does a university make itself into a place of light, of liberty and learning? Well, what is liberty? Here, I take political theorist Patrick Deneen’s view. Liberty is the learned capacity to govern oneself using the higher faculties of reason and spirit through the cultivation of virtue. By educating students in what it means to be human, the university cultivates the free person and the free citizen. The great university educates free persons by means of deep engagement with the fruits of long cultural inheritance. The truly liberating university is committed to the rigorous, in-depth study of the greatest works of our culture and through this study gives students the ability to truly establish themselves as fully actualised individuals with the ability to exercise true freedom. Studying the great questions of existence, exploring the fundamental dilemmas of the human condition, we can learn to be free, to exercise self-government over our basest instincts. The university gives us the ability to understand and make sense of a world that is at once beautiful and incomprehensible; by cultivating the wisdom of the past, the great university endows us with the ability to navigate this world with all the responsibilities that are incumbent on us as free individuals. The university of light, liberty and learning is both character forming and soul expanding.

The Ramsay Centre’s Threat to the University

The Ramsay Centre’s program threatens to strip university education in this country of its liberating potential; the Ramsay Centre shuts down the processes of critical investigation and exploration of thought that make the university a liberating place. Instead of critically reflecting on the great works that make our culture, students will simply be sold an ahistorical, political narrative of Western civilisation pushed by some of this country’s most hardened right-wing culture warriors. This is clear from the fact that the Ramsay Centre infamously refused to sign on to a memorandum of understanding with ANU that included support for the idea of ‘’academic freedom.’’ Principles such as academic autonomy, integrity and freedom – principles we would probably all agree are important to whatever Western civilisation actually is – are out the window. Tony Abbott made this clear in a piece he published with Quadrant, that famous organ of the feverish, conspiratorial right. Making it clear that Ramsay was a right-wing organisation and would so remain, Abbott argued that any Ramsay program would not ‘’merely (be) about Western civilisation but in favour of it.’’ There’s a fundamental arrogance to such a statement that has no place in a university that wishes to be a place of light, liberty and learning.

Abbott made it clear in the same article that Ramsay’s ambitions were ultimately not educational but political: ‘’[Differences] could be made by small numbers of committed and capable people … Person by person, the world does change. A much more invigorating long march through our institutions may be about to begin!’’

The political nature of the Ramsay project is absolutely brazen. Right-wingers might retort here with some hoopla echoing Nazi propaganda against the Jews: universities are already political because they have been captured by a shadowy cabal of Cultural Marxists intent on destroying the West with their rootless globalist agenda, etc blah blah blah. Such are the musings of those divorced from reality, jacked up on exotic cocktails of hard drugs. No such conspiracy exists.

Yes, alongside the study of the great works, contemporary scholarship in the humanities focuses on some of the more profoundly disturbing questions about our Western civilisation – racism, genocide, imperialism, patriarchy, class oppression and environmental degradation. This does not represent some kind of left-wing attempt to undermine and ultimately destroy Western culture. Scholarly, critical investigation of Western culture isn’t new; it formed the basis of the Enlightenment, one of the most important movements in Western intellectual history. Those academics that rely on the principle of academic freedom in order to ask challenging questions of our culture, history and society in reality do the Western tradition a great service. It is only through sustained critical reflection and scholarship that we might hope to build a better, greater, more just culture. And this is what the Ramsay Centre for Western Civilisation fundamentally misunderstands about scholarship, the role of the university and the nature of education itself.

The Ramsay Centre doesn’t care about educating students in what it means to be human; it isn’t interested in the fundamental questions of human existence or critically interrogating the darkest recesses of the human soul. It isn’t interested, as the humanities are, in critiquing culture’s worst excesses. It simply wants to mould a generation of culture warriors, steeped in Howard and Abbott’s feverish, meth-tinged, chauvinist, ethno-centric view of the Western world. It wants to derogate everything that actually makes our culture worthy of study and celebration. It wants to make the university a place of group think and intellectual slavery, where liberation is impossible. We must not allow this to happen under our watch. To keep UQ a place of light, of liberty and of learning, we must resist the Ramsay Centre’s efforts to establish itself on campus.

3 thoughts on “The Ramsay Centre and UQ”